Have you heard?
Last 24 July the Bank of England announced the introduction of a new banknote series. Female representation on UK currency has been promoted, and renowned women in English culture will be depicted on banknotes. In 2017, the picture of Jane Austen will be featured on the 10£ note, together with a meaningful quote: “I declare after all there is no enjoyment like reading!”

In the above mentioned tweet you can find this interesting bit of news, opening the fresh column in literary culture “Letteratura in breve” in the blog “The New Loiterer”.

I accepted with pleasure and honour the invitation to promote this initiative, with Scritture Brevi, and this because:

1. The New Loiterer’s authors have been my students at the University of Rome “Tor Vergata” and it’s nice to meet them in common settings.

2. I think literature is a key to understanding the world and it’s nice to discover literature here and there.

3. The idea of communication in short forms is “scritture brevi”, with the complexity and mastering required by synthesis. And that’s nice.

You’ll find all this and more on The New Loiterer’s website, which I invite you to visit. 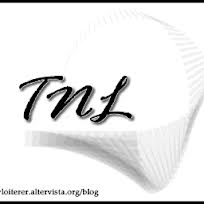 View all posts by Francesca Chiusaroli →